After a great sailing trip to Greece last year, we couldn’t wait to start a new adventure. This year it was a city trip to Dublin. With 6 cars we went to Düsseldorf early in the morning, from which the plane departed that flew us to the beautiful city of Dublin.

Arriving in Dublin, we quickly drank some coffee (which was a bit hot) and got on the bus to go to the hotel. We left our luggage at the hotel and made our way to The Market Bar. There we had a delicious sharing lunch, where there seemed to be almost no end to all the delicious food. With a full stomach we went to one of the most beautiful libraries in the world: the library of Trinity College. 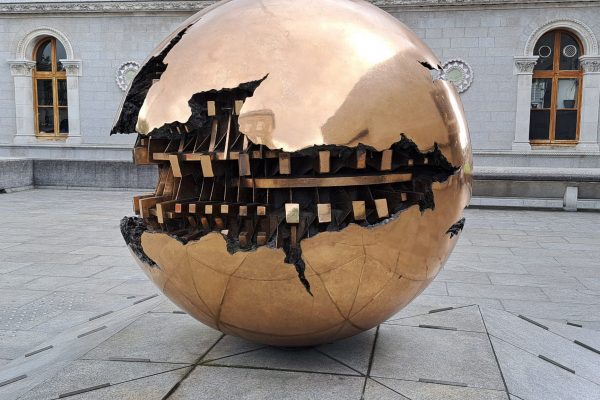 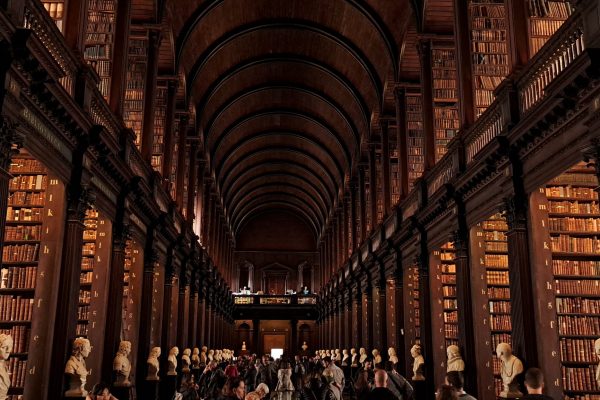 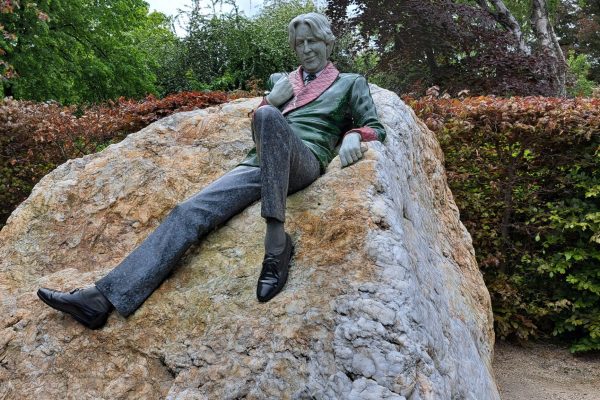 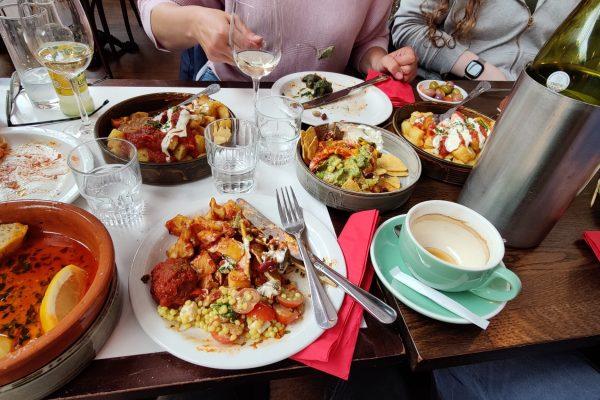 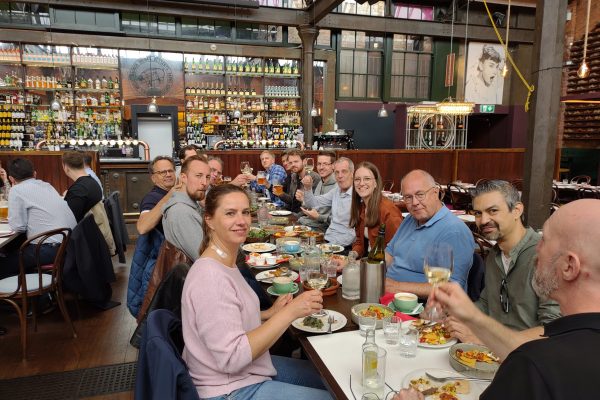 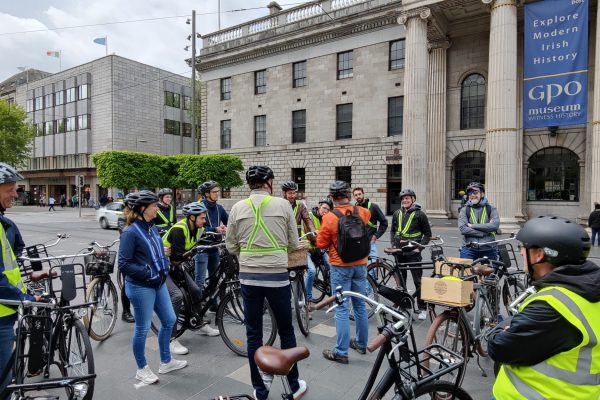 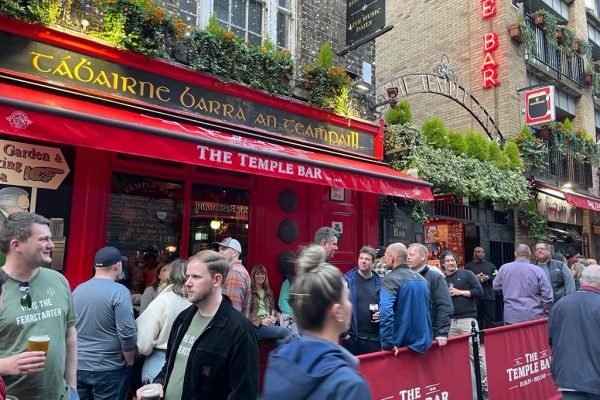 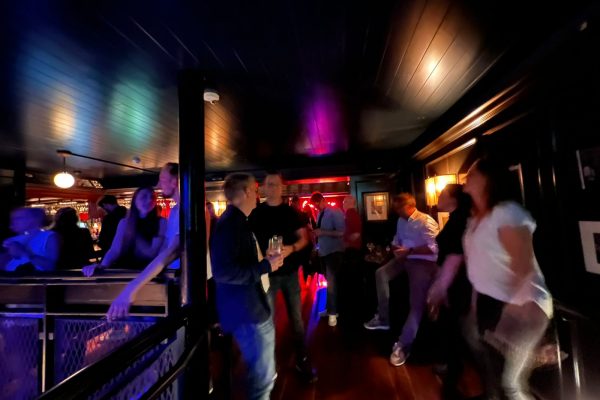 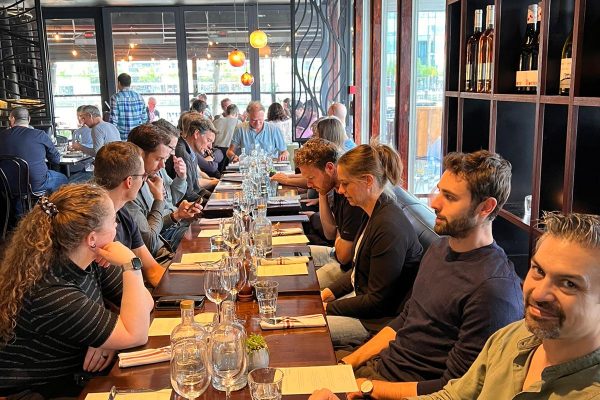 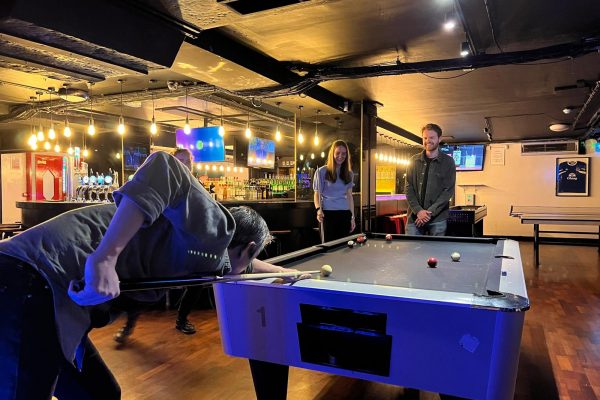 After gazing open-mouthed at the thousands of old books in the library, we headed to Charlotte Quay. There we enjoyed a delicious dinner. The plan was to go to the Shelbourne Park Greyhound Stadium that evening, but it was closing soon once we were done with dinner. So instead, we decided to visit Dublin’s most famous bar: The Temple Bar. There we ended the first day of the city trip with a beer in our hands.

The second day started with a bike tour through Dublin. Unfortunately, someone had a flat tire within 10 minutes of starting the journey, but it was quickly fixed. After cycling it was time for a big lunch at TGI Fridays, followed by a visit of Teeling Whiskey distillery. There we were given a guided tour and were allowed to taste a few whiskeys, with a few enthusiastic and a few less enthusiastic reactions. Later that day we grabbed a bite to eat at a pub. After dinner we went to Shelbourne Park since we couldn’t go the day before. Some went by foot, and some went by bike. Unfortunately, the cycling group couldn’t go the Shelbourne Park due to an accident. As it turns out, cycling in Dublin is not as safe as cycling in the Netherlands. Thankfully, the accident was not that big, and the colleague only had a couple of scratches. Despite all this, we still were able to have a fun evening. 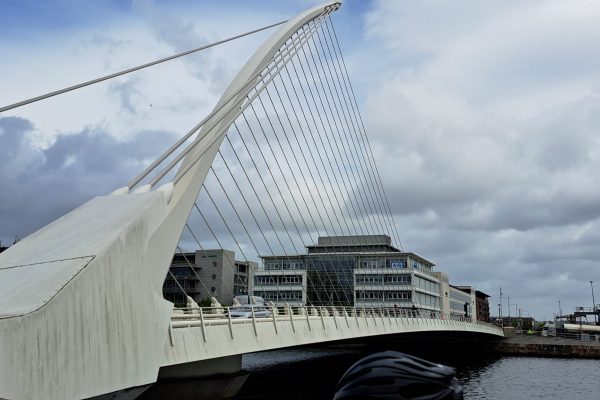 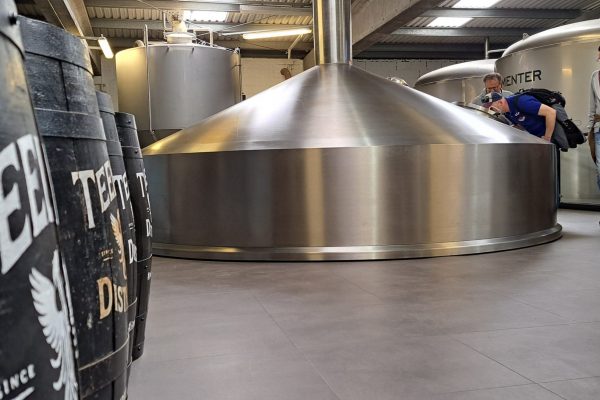 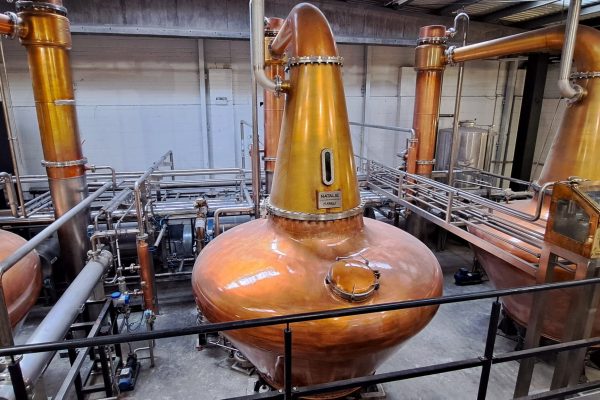 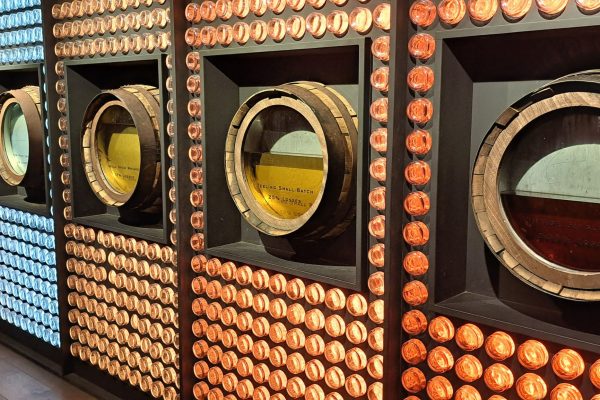 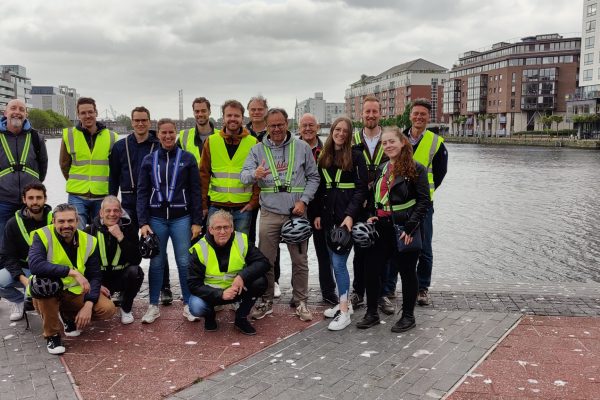 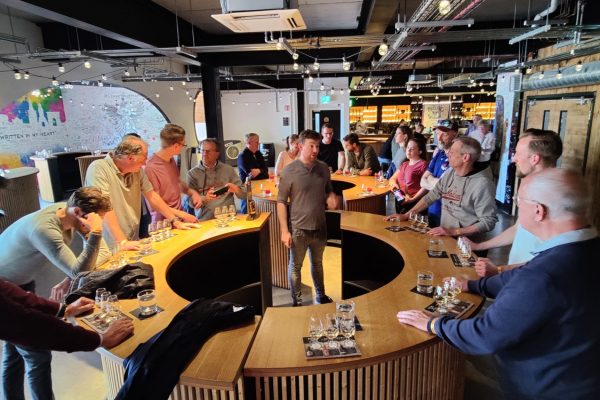 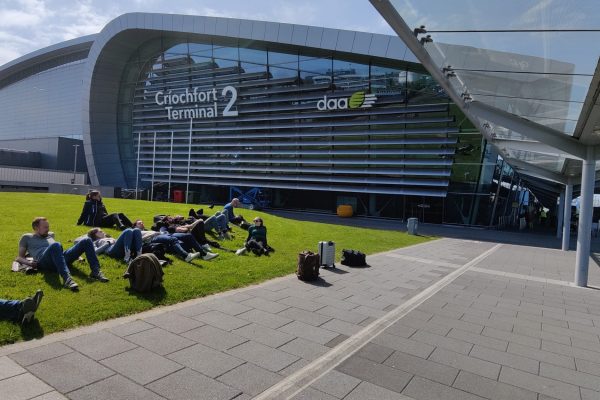 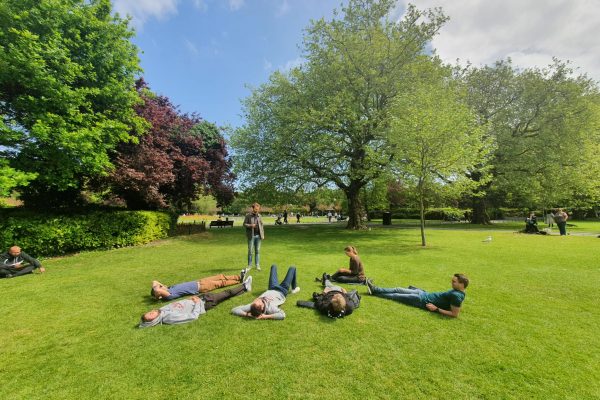 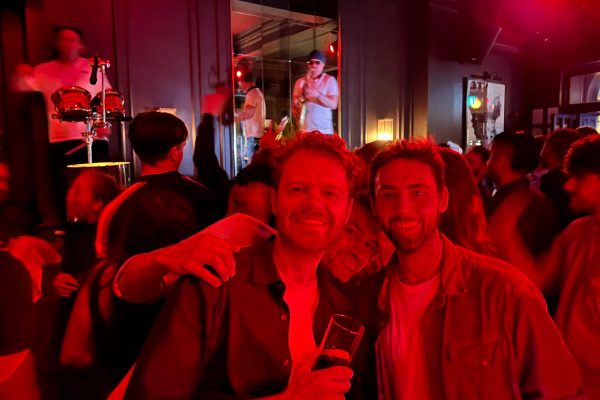 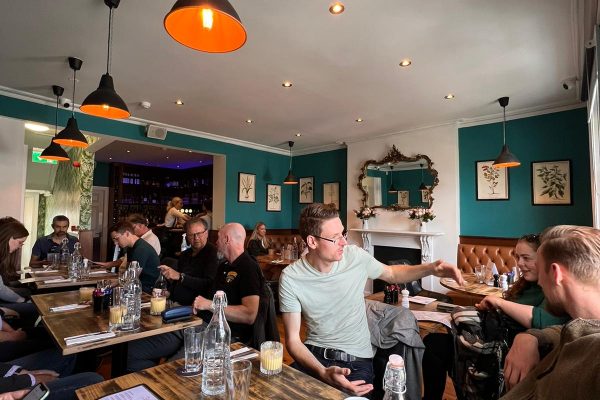 On the last morning nothing was planned, so everyone could choose what they did themselves. Some people went on to explore Dublin, while others preferred to get a few more hours of sleep. After a nice lunch, the trip officially came to an end. It was short, but certainly powerful. We got to do and see many things, and let’s hope the next trip will be even better!